The dam of Canadian River is also the dam of the Holstein approved stallion Sebos (Sion), this tribe brought many good sporthorses and approved stallions such as Lord, Ricardo, Raimond, Emilion, who all with their offspring proved the value of this lineage 1298.

In 1998 and 1999, at the age of four and five, Canadian River ranked among the winners of the National Cycle.

At the age of six he already participated successfully in a number of international competitions.

At the age of seven he was at the leading position in the ranking of the National Challenge where he injured himself so that a further sports career was no longer possible.
Luckily Canadian River started to become a very good sire. He passes on his supple movement, good character, technique and power. 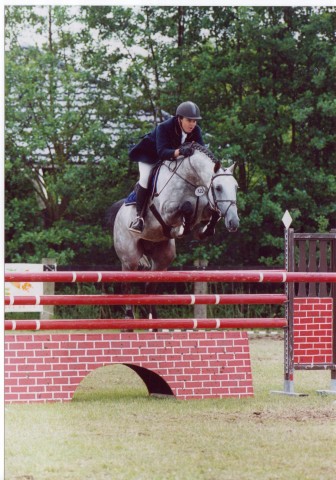