The Spartan/Pygmalion-son STAKKATO was awarded “Hanoverian Stallion of the Year 2007”. On the occasion of the Stallion Market, the Hanoverian Society and the R + V insurance company honoured his breeder August Meyer from Uenzen with the Wohlklang-statue and a cheque. Stakkato is an active breeding stallion for the Celle State Stud, but also an active international competition horse under Eva Bitter from Bad Essen.

Stakkato was born on April 4, 1993 on August Meyer’s farm in Uenzen. Andreas Mundt raised him and presented him at the stallion licensing in autumn 1995. The fantastic lines of Servus and Gotthard are combined in his sire’s pedigree. His dam Pia successfully competed up to elementary show jumping level. At her mare performance test, her jumping skills were judged with the perfect score of 10,0. Stakkato presented exceptional and spectacular free jumping skills in Verden so that Dr. Burchard Bade purchased him for the Celle State Stud. He was the best jumper at his stallion performance test. He won the Federal Championships of German show jumpers in Warendorf in 1998 and developped into the best show jumping stallion in the Hanoverian breeding area. In 1999, he earned the vice championship title. Four years later, the bay stallion won the German Championship in the ladies’ division under Eva Bitter. Apart from countless international top placements, Stakkato competed five times for the German Nation’s Cup team. One of his outstanding successes was this year’s second place at the highly renowned Nörten-Hardenberg Grand Prix.

The Celle State Stud Stallion passes on his fantastic jumper qualities to his offspring. Rückenwind with Holger Wulschner, Sambuca with Eva Bitter or Stritzel with the Bulgarian rider Angel Njagolov are successful international competition horses. The four-year-old Sicerto is the youngest of his successful offspring. He won the Hanoverian Show Jumping Championships under Oliver Ross. 188 of his offspring are active sport horses, 17 sons are approved stallions and 26 daughters awarded state premium mare. He supplied 45 foals for foal auctions and 10 offspring for elite riding horse auctions. He has been among the top-class horses of the breeding evaluation of the Hanoverian Society and the German Equestrian Federation for years. 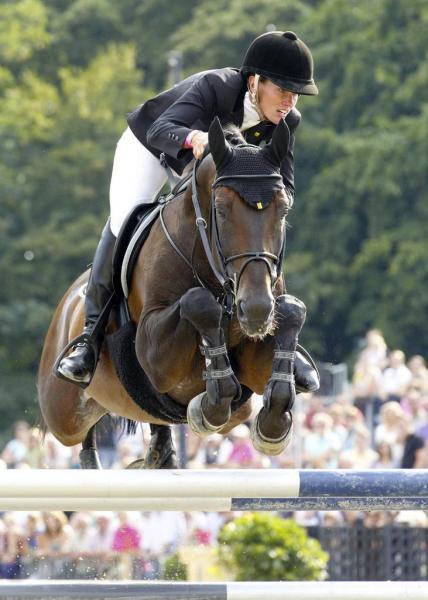 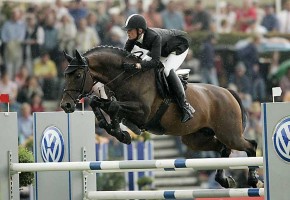 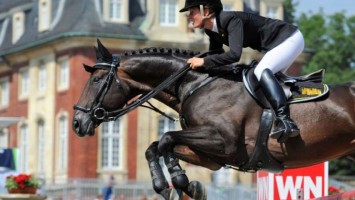