The Oldenburg juvenile stallion and main premium winner Sandro Song had his debut in 1995 with his first two sons Sandro Hit and Securus at an Oldenburg approval where they both gained their approval. In the meantime, Sandro Song has presented further approval progeny. The dam Loretta was mated with Don Schufro to produce the premièred stallion son Diamond Hit. The damsire Ramino was champion of the 1983 stallion performance test in Adelheidsdorf. He was on active stud duty in Cappeln from 1983 to 1987 whilst at the same time maintaining an impressive showjumping career with Melanie Koetter. He won the Junior European Championships team gold with the “amazon” in 1987, before really outing himself internationally with Loris Pujatti under the Italian flag. Between 1989 and 1995 he was Italian champion five times. Ramino has preponderantly developed to a damsire of excellent mares and stallions. The powerful jumping stallion Gio Granno, the 1997 approval winner Ronaldo, his full-brother the stallion performance test winner and federal championship finalist Rubin Star N, as well as the 1996 vice-champion approvals stallion performance test winner; double state champion and two-time federal championship finalist Sergeant Pepper have him as their damsire. Next to no other stallion bearing the Oldenburg brand caused such a stir during the 1980's and 1990's as Lassie’s sire Welt As. The cream of Welt As’s crop on the international stage are in particular, his sons starting under the Dutch flag, Leroy Borwn 3 / Wout Jan van der Schans on the course and Bonfire / Anky van Grunsven in the dressage arena. Sandro Hit’s maternal bloodline moreover produced a number of Vechta auction horses and foals.

Sandro Hit absolved his stallion performance test in Medingen in 1997 and in 1999 he became federal champion six-year old dressage horses as well as world champion juvenile horse in Arnheim. He has meanwhile been trained up to advanced class.

Right from the outset, Sandro Hit set standards not only in sport, but also in breeding. His first crops of foals are convincing by their exceptionally aesthetic imprint of type as well as their outstanding motions. His son Sandrit was the 1999 approval winner in Mecklenburg-Vorpommern, while Sommerhit was runner-up in Berlin-Brandenburg and Sandro Ace became vice-champion in Oldenburg. Sunny Boy in turn, was awarded a premium in Oldenburg, whereas Sommeliere likewise was approved in Oldenburger in 1999. In the year 2000, Sandro Hit made the headlines once more: His Brandenburg bred daughter Poetin won the Federal Championship of three year old mares and geldings under Hans-Heinrich Meyer zu Strohen. A number of his offspring attained peak prices at different German auction sites, including his daughter Starlet, who at DM 140,000 was the top lot of the collection of broodmares at the 2000 Vechta spring auction. On top of that, two Sandro Hit progeny were awarded the desired status “approved” at the Oldenburg approval, as well as at the NRW approvals. In 2001 he sired the Federal champion and two vice champions. He currently has nine licensed sons and 2 state premium mares to his name. 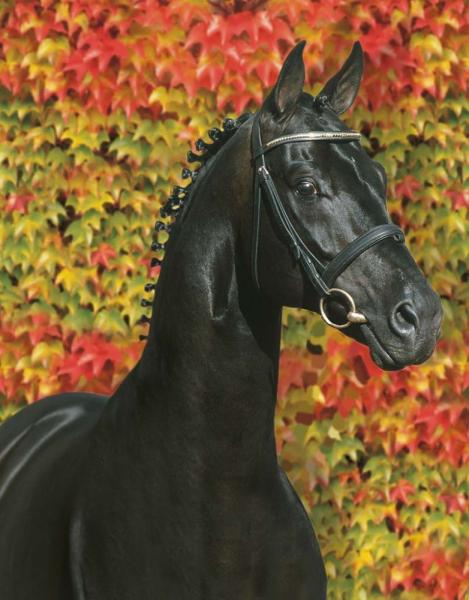 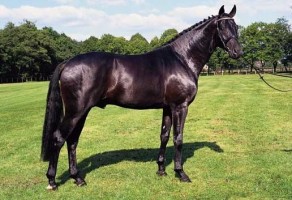