The pedigree of Qannando is of absolute world class on father’s side, but also on mother’s side.
On father’s side we find 6 Grand Prix stallions in a row that were successful at Olympic Games,
World Championships and European Championships. Four of them have participated at the
Olympic Games with a lot of succes:  Emerald, For Pleasure, Darco and Chin Chin.

His father, Kannan, jumped at Grand Prix level and was number 1 as best sire in the WBFSH
Ranking for several years. And he is the father of Olympic Champion Nino De Buissonnets, Molly
Malone, Quabri de l’Isle, …

Grandfather Emerald van ‘t Ruytershof, out of top sire Diamant De Semilly, won several Grand
Prix and was finalist in 2016 at the Olympic Games. Emerald also appears to be distinguished in
breeding, for example as father of Igor.

Then we see Nabab De Rêve, For Pleasure, Darco and Chin Chin, all stallions that have proven
themselves in sport and breed ing. So on father’s side, 4 stallions jumped at the Olympic games.
In the damline we find 7 top performance mothers in a row. His mother, My Way B&V, jumps at 8
year old at 1m50 level and achieved exceptional results as a 6 – 7 year old.  My Way B&V was in
February 2021 second under the saddle off Michaël G. Duffy ( Ireland ), in the Sunshine Big Tour
Competition at 1.50 m level.

Qannando B&V was one of the most remarkable jumping stallions in the PAVO stallion
competition. The stallion jumped phenomenally with unprecedented power and a lot of elasticity.
He is easy to ride. He showed a lot of impulsion, blood and is very careful. Qannando B&V
became winner of the stallion competition 2020 by jumping 4 times clear out of 4 participations.
Qannando B&V is one of the greatest jumping talents for the moment and this, together with his
pedigree, he seems to be able to grow into a valuable breeding stallion.

For more information go to http://www.qannando.be/ 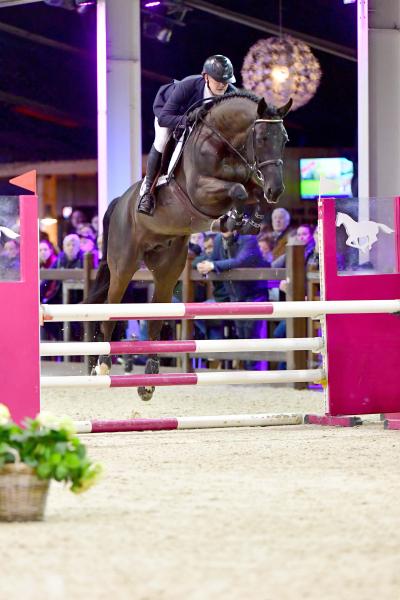 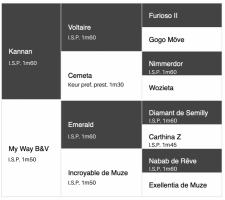 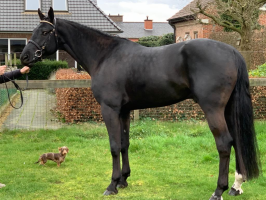