Different generations of the best French sport blood in 1 horse

On his paternal side, we find Dollar du Murier to begin with, currently occupying the 24th place in the WBFSH Stallion Ranking. Dollar du Murier himself won gold and silver at the world championships in Jerez (2002) and is, among others, the sire of the present European champion Myrtille Paulois, Idéal de Loge, Oz de Bréve, and many more.
Further back, there is the legendary Jalisco B and the authoritative sire Uriel who produced no less than over 100 international jumpers.
As sire from his mother’s side, we find Cor de la Bryère, better known as “The Reserve Stallion of the Century”. He is the sire of at least 85 approved stallions and over 86 state premium mares.  Moreover, he appears in more than 70% of the Holsteiner pedigrees.
As grandsire on his mother’s side, there is the legendary Galoubet A, 3rd in the WBFSH Stallion Ranking (2000 & 2001), and sire of the present number 1 (Baloubet de Rouet) ánd the present number 3 (Quick Star) in the WBFSH Stallion Ranking.  He’s also sire of our Skippy II and grandsire of Liscalgot, world champion in Jerez (2002).
Nabbuco’s great-grandmother, Quilane D’Or (ISO 164), was a very successful international jumper. She was, among others, finalist with the four, five and six-year-olds and later developed up to the 1.60m level under Hervé Godignon. She won, among others, the GP of Rome, Rotterdam, ...
Also Nabbuco’s grandmother, Estrella del Dia, was a Grand Prix horse herself and in addition to Nabbuco’s mother, she also brought 3 approved stallions into the world, including Nervoso (GP – 1m60).
In addition to Quilane d’Or and Estrella del Dia, the mother lineage SF 193 contains several approved stallions and international sport horses such as Jeff d’Or (SF), Modena, Nervoso, Valentino Massuère (SF), Ucello Massuère (SF), Romma, Pistoya, Alkidiki (AES), ...

Nabbuco is an elegant horse with much power, technique, flexibility and stature, and furthermore, for many generations already, with the best French sport blood in the genes. 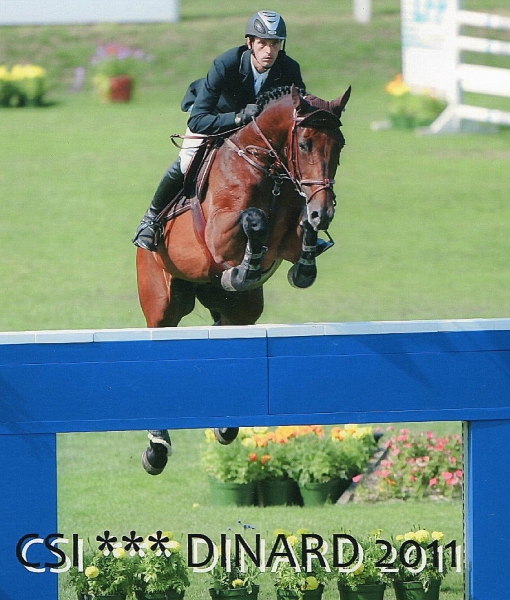 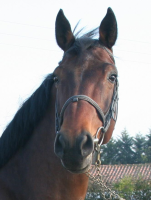