Once again, Lordanos can look back on a great season with many first and other places including the Vice State Champion title with Janne Sosath. His many first places in advanced level tests confirm his exceptional standing as a sire of uncomplicated, top sport horses that are easy to ride: his licensed son Lex Lugar became Vice Bundeschampion; Laokoon won international tests in Oldenburg and became Weser-Ems Champion with Hendrik Sosath.

Lou (Franke Sloothaak) and Lord (Jürgen Kurz) are both highly successful at internation level. Loxley won a Bundeschampionat qualification with a score of 9.1.

All in all, 18 of his off-spring qualified for Warendorf which exceeded all expectations concerning his quality as a sire. More than 20 of his sons have been licensed - the 2004 OS Reserve Champion, Loredus, the 2005 Holstein premium stallion, Legolas, and the 2005 Oldenburg Jumper Champion, Lissabon, who presented a premium son at the 2006 North Rhine Westphalian approval. In 2004 Lumos was Bundeschampion in the class for six year olds and Lucca a celebrated championship star. Lohengrin was a top priced jumper at the 2005 auction in Verden, selling for 110,000 Euro.

Lordanos also managed the remarkable feat of winning first places in advanced level tests with all three Sosaths that ride and Janne Sosath even cleared a two meter fence in a puissance with him. This Holstein started his career by winning a series of nearly 40 tests for young jumpers up to medium level, also winning several qualifications for the Bundeschampionat. Lordanos is inbred through the famous "Ramiro line" 776. What a guarantee for maximum performance! 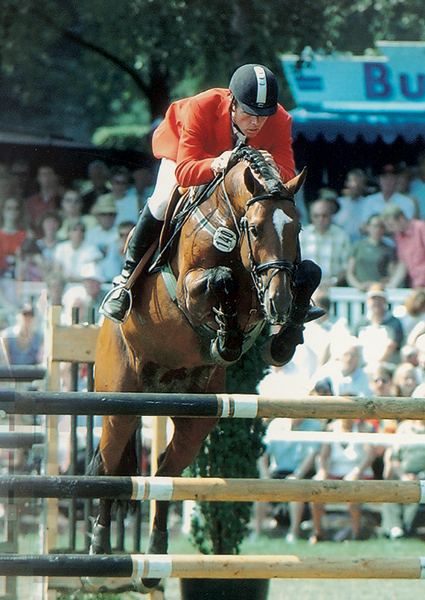