Ridden by Hans Peter Minderhoud, Glock’s Johnson TN N.O.P. has risen to be one of world’s best combinations in dressage. The son of Jazz takes in the 11th placing on the FEI World Ranking, was ranked 8th individually at the Olympic Games in Rio, won the golden team medal and individual bronze at the European Championships in Aachen. “His outstanding attitude has made the greatest difference at the highest level. Even if he is almost unable to do something, Johnson will do it for you anyhow”, rider Hans Peter Minderhoud says about his number one horse. “When Johnson enters the ring, all people will sit up. He truly is a king!”\r\n\r\nAfter the phenomenal performances of Johnson in Aachen last year, you could almost forget the bronze team medal at the World Equestrian Games in Caen 2014. And of course the victories in the Grand Prix and Grand Prix Spécial in Treffen, the second placings in the Grand Prix and Grand Prix Freestyle in Rotterdam, et cetera.\r\n\r\nAs a sire, Johnson seems to walk in the footsteps of his sire Jazz and grandsire Flemmingh. Jazz himself performed at Grand Prix level and for many years has been among world’s best dressage sires on the WBFSH Sire Ranking. Through offspring like Krack C and Lingh, also Flemmingh has left its mark on today’s breeding of dressage horses. The offspring of Johnson make great impressions on all levels as well. The approved stallion Meggle’s Boston (Hendrik Lochthowe) already performs at Grand Prix level, while Bretton Woods (Matthias Alexander Rath) and Boston STH (Denise Nekeman) are close to it. Also on the KWPN shows, the offspring of Johnson does a fantastic job. Just think of Handsome O, the champion of the KWPN Stallion Show in 2015.\r\n 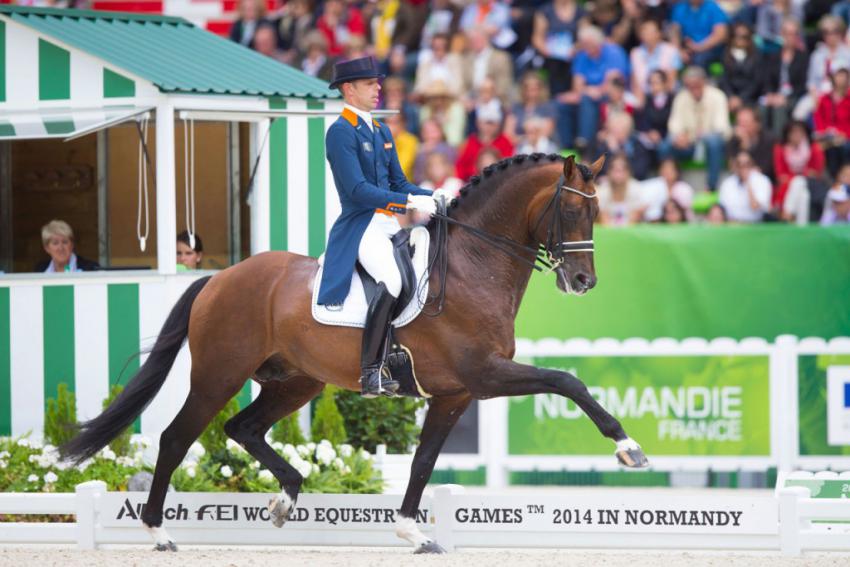 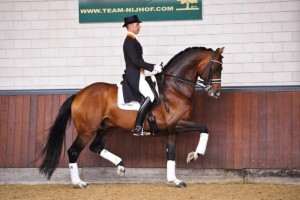