For Pleasure is a two-time Olympic Gold Medal winner, World Champion & Hanoverian Stallion of the year in 2000. He was a member of the gold medal-winning German show jumping team at the1996 Atlanta Olympics, and named German horse of the year in 1995. For Pleasure was ridden for the German team so successfully by Lars Nieberg and more recently by Marcus Ehning. He is one of the most sought after sires in Germany. His two Olympic team gold medals (Altanta and Sydney) make him one of the most successful currently competing breeding stallions.

His sire, Furioso II, is considered one of the most influential sport horse sires in the world. Furioso II, in 1989, was the top sire in Germany based on money earned by his get. His bloodlines can be found in almost all recognized international studbooks in Europe. For Pleasure's damsire, Grannus' offspring are successful showjumpers around the globe. The black Anglo Arab Matcho was the winner of the stallion performance test in Adelheidsdorf in 1992 and has since founded his own stallion line in the Hanoverian breed.

In addition to his spectacular pedigree and athletic ability, For Pleasure possesses an overo gene, as evidenced by his extensive white face and leg markings, and belly spot, making him a good choice for color production. 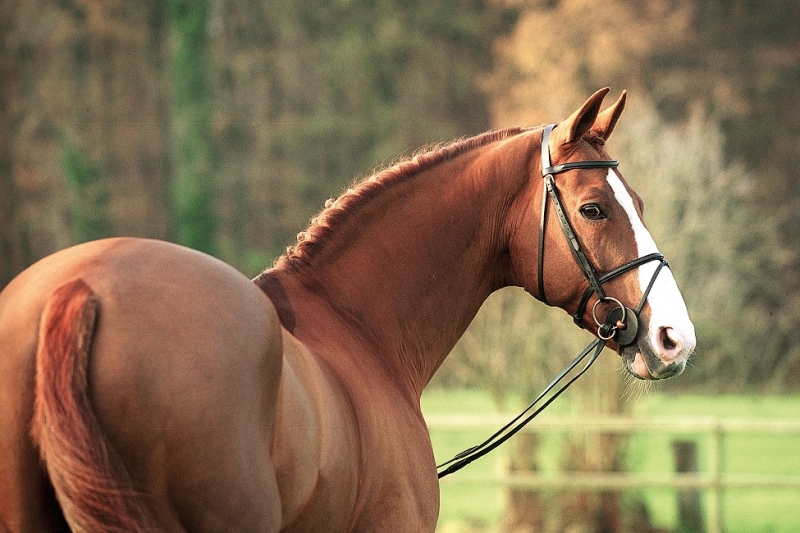 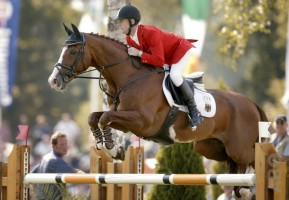